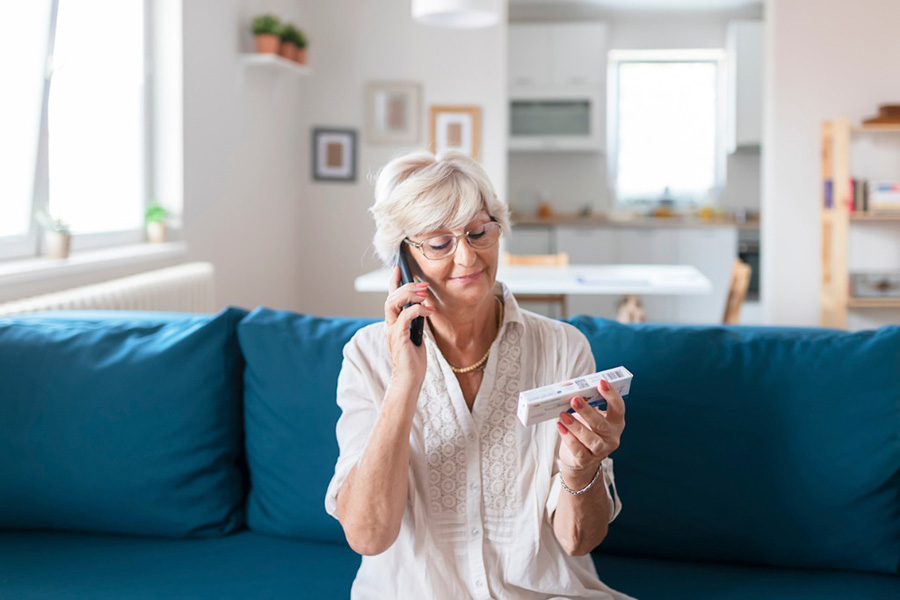 Patients taking lots of medication are at a higher risk of medication related problems such as interactions and adverse effects.  This is a particular issue after admission to hospital as often there are several new or changes to medicines.  During the 2018/19 year, the results from a post-discharge hospital follow-up study were fully analysed by MOIC with assistance from researchers at Queen’s University Belfast.

In the study, patients (n=211) discharged from hospital on multiple medications were followed up by a clinical pharmacist by telephone at 5, 30 and 90 days post-discharge. The results indicated that those receiving such telephone calls had a:

Following the positive results observed, funding was applied for under the Northern Ireland Transformation Funding programme and this was awarded during 2019 to roll this initiative out as a service in Antrim Area Hospital.

Since the roll out in September 2019 feedback from patients has been extremely positive.  73% of patients said they felt more confident about their medications after the calls and 82% said they would recommend it to a friend.

← Benzodiazepine and Z Drug usage Primary Care and Community Together (PACT) →
Manage Cookie Consent
To provide the best experiences, we use technologies like cookies to store and/or access device information. Consenting to these technologies will allow us to process data such as browsing behaviour or unique IDs on this site. Not consenting or withdrawing consent, may adversely affect certain features and functions.
Manage options Manage services Manage vendors Read more about these purposes
View preferences
{title} {title} {title}