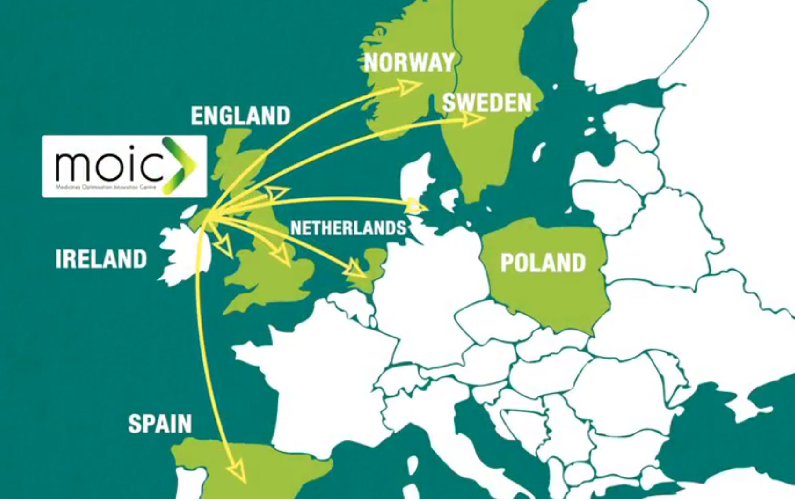 Throughout the past year travelling and visiting other sites globally has not been possible however this has not prevented MOIC co-operating and working cohesively to deliver safer and more effective medicines use.

MOIC are key drivers in knowledge translation via the hosting programme. Under this programme, visitors are usually welcomed to Northern Ireland for periods lasting between 1 day and 5 months. During 2020/21 these visits were unable to progress however some collaborative links were progressed.

Staff from MOIC, Northern Trust Pharmacy and Microbiology have been working with Sonja Guntschnig from Austria. Sonja first visited NHSCT under the hosting programme in 2019. She is now developing antimicrobial stewardship programmes within her hospital which could potentially be scaled within her region. Linked to this, she will be undertaking a PhD under the supervision and mentorship of Ulster University and MOIC.

MOIC & Pharmacy teams in Northern Trust have been working with Ulster University to secure approval for a Pharmacy Masters student from Misr University for Science and Technology (MUST) in Egypt. The project will evaluate the impact of the COVID-19 pandemic on antimicrobial prescribing and resistance patterns in secondary care and commenced in April 2021. Data collection will take place across the Antrim and Causeway sites within the NHSCT.

Also Professor Mike Scott is jointly supervising a new PhD student based at the University of Tartu in Estonia. During her studies, Anita Tuula will be examining the area of medicines use reviews with a focus on older people and polypharmacy. 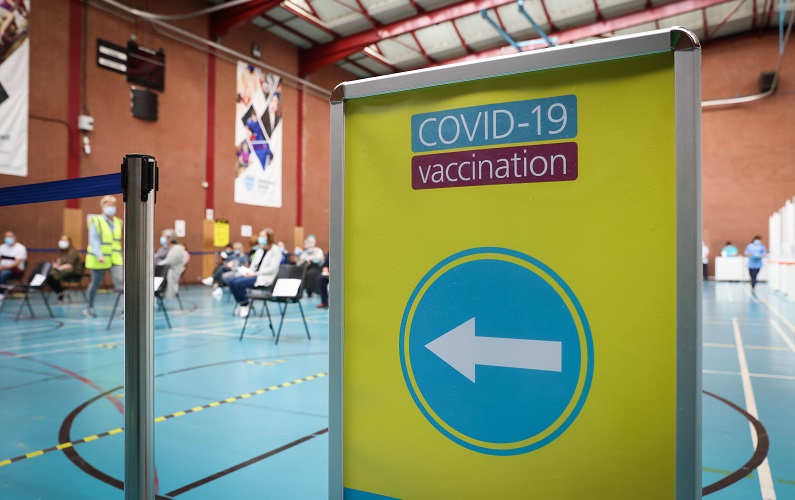 It also comes just days after another landmark was achieved – with more than half a million already getting their second jab.

The Medicines Optimisation and Innovation Centre (MOIC) have been closely following the pharmacy response to the COVID-19 pandemic and have spent time talking to pharmacy professionals across Northern Ireland about their roles in the vaccine roll-out. The piece looks in depth at the challenges they faced and what they learned when tasked with vaccinating the region.

Throughout the last year pharmacy has been in the spotlight like never before and with Health Minister, Robin Swann, choosing to have his own vaccination at a community pharmacy, pharmacy teams across the region have shown how they have fought back in the midst of the pandemic.

In the article Dr. Maureen Spargo and Dr. Katherine O’Neill  discuss the huge sense of pride exuded by those interviewed in how the pharmacy profession has stepped up to the challenges faced by both the pandemic and vaccination programme. MOIC highlights the versatility of pharmacy across Northern Ireland and shows how pharmacy teams in community, hospital, General Practice, research, development, testing as well as commissioning services all played a key role. 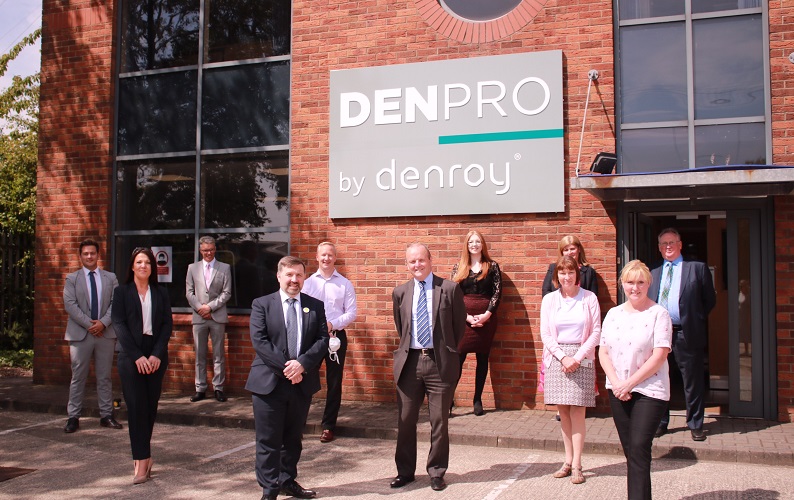 MOIC work as part of collaboration on PPE contract for HSCNI

Economy Minister Diane Dodds and Health Minister Robin Swann recently visited Denroy in Bangor to welcome the creation of 130 jobs and a £19.5millon PPE contract with Health and Social Care in Northern Ireland (HSCNI). Director of MOIC Professor Mike Scott also attended to represent MOIC’s involvement in the project. MOIC worked alongside colleagues from BSO Pals and Infection Prevention Control to ensure that the masks met the needs of the Health service

The major new contract is great news for both health and economy in Northern Ireland and will see Denroy manufacture and supply FFP3 masks to HSCNI from its new manufacturing facility in Bangor, Co Down. To support Denroy to deliver the contract, Invest Northern Ireland has offered the company £1.5m of support towards 130 jobs.
Speaking about the project Professor Mike Scott said: 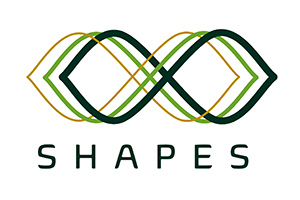 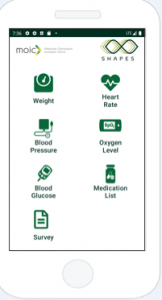 design and functionality in a real-world setting. Planning for Phase 3 of the SHAPES pan-European pilot campaign in Northern Ireland is currently underway.

The SHAPES App contains two digital solutions, eCare and eHealthpass, provided by SHAPES Partners EDGE and GNOMON respectively, that aim to help users self-manage their health conditions. During this phase of the pilot, participants will be shown the app and trained how to use it. They will then have a few days to use the app at home and challenge the app’s functionalities to test if it meets their needs and is acceptable and usable.

Adaptations are already being made to the app’s design to make it more user-friendly after feedback received during Phase 2. This next phase is another example of how SHAPES is following a co-design approach to best meet the needs of older individuals. Phase 3 is due to start in August 2021.

Polypharmacy’ describes the concomitant use of multiple medicines. The more medicines you take, the more likely you are to have an admission to hospital. The iSIMPATHY project is designed to tackle the problem. Dr Clare Scullin and Dr Joanne Brown discuss the project with Christine Clark from Medical update online. Part of the purpose of the study is to decrease inappropriate polypharmacy and to increase adherence to prescribed medicines.

View the interview in full below. 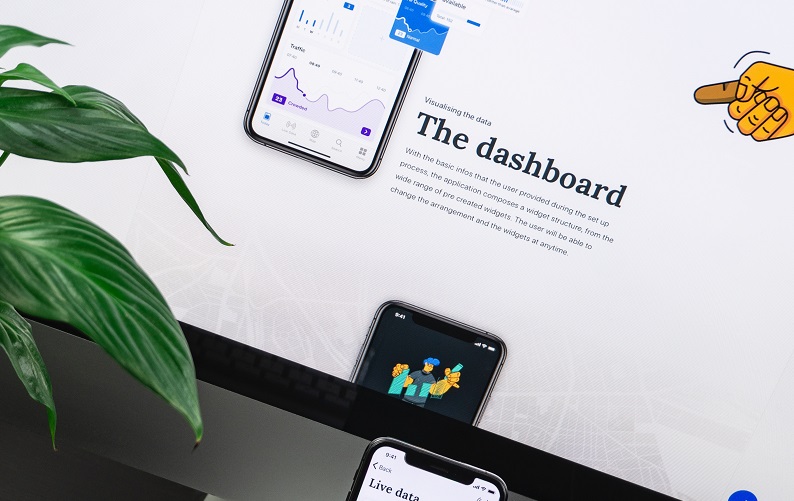 NHSCT has collected valuable feedback on the design of the patient-facing app that will be used during the SHAPES pilot in Northern Ireland. During Phase 2 of the pilot campaign, which took place between February and April 2021, mock-ups of the app created by technical partners were presented to target users, healthcare professionals and support service providers via video call. The feedback collected from participants will inform technical partners EDGE and GNOMON as to how to optimise the accessibility of the app to older individuals. The next step is to develop working prototype of the app to facilitate hands-on testing in Phase 3. This phase will follow a similar format to Phase 2 whereby target users will be given the opportunity to test the functionality of the app and provide feedback on what works and what could be done to make the app more accessible to older individuals.